A Stitch in Time – The Story of the Havering Quilt

The Havering Quilt is a labour of local love, it depicts nineteen beautifully embroidered views of the borough  past and present, along with a stitched map of the borough. Together with a set of beautiful calligraphy panels which tell the sory of each one of these scenes, the quilt hung in the entrance hall of Harold Wood Hospital for many years in an installation call “Centrepiece”.

The project was a joint effort between two local craft groups; Havering Quilters and Havering Calligraphy Circle, both of which are still active today. Centrepiece was unveiled at the hospital on 21 June 1988 in a ceremony attended by the Mayor of Havering.

However, when the hospital closed in 2006, Centrepiece was dismantled and the attempts of both groups to transfer the peice to the new Queens hospital fell on deaf ears. In fact they only managed to reclaim the art work thanks to one considerate hospital employee who managed to save them from being thrown into a skip at the last minute. They were then passed back to their respective creative groups. In 2011 the Quilt was donated to Havering Museum. The calligraphy panels were next to be traced and were donated in 2013.

The Havering Quilt has now gone on permanent display and it is hoped some of the panels will join it by the end of the year. 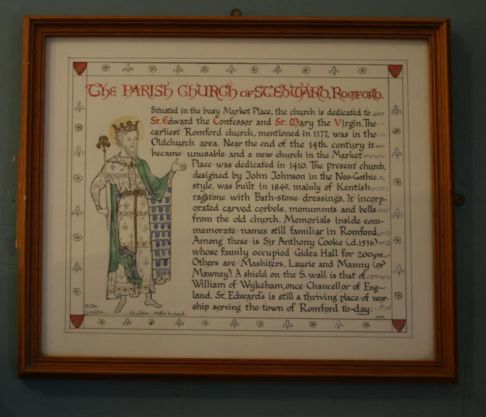 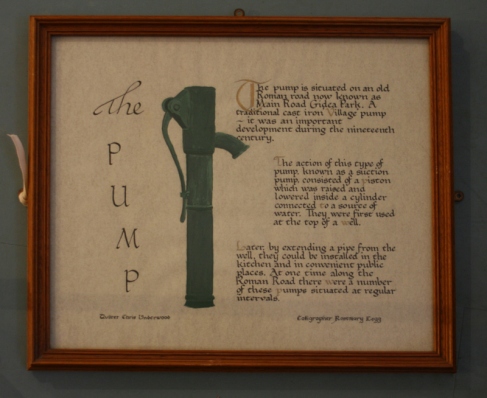 Havering Museum is a new independent museum in the heart of Romford. It tells the story of the Borough of Havering through images, text panels and objects. Opening times: Wednesday to Friday: 12 to 5pm Saturday: 11 to 5pm Admission: £2.50 Adult £2.00 Senior Citizen Under-16s free (accompanied by an adult) £15.00 Annual Ticket £12.00 Annual Ticket (Senior Citizens)
View all posts by Havering Museum →
This entry was posted in Uncategorized. Bookmark the permalink.